In the 1960s a wave of rhythms from Cuba fused with jazz and gave birth to Salsa, considered by many as the queen of Latin dances.

Like most music of Caribbean origin, congas, bongos and timbales will mark the rhythm of Salsa, accompanied by other instruments such as brass, piano and bass.

But if the essence of Salsa is afro-Cuban, it is however in New York that this musical genre will really take shape and start spreading around the world.

The word “Salsa” means “Sauce” in Spanish, a term that has been adopted to describe what this dance represents that would bring flavor, joy and strength to life.
It was in 1933 that this term was used for the first time in Cuba by the musician Ignacio Piñeiro in his Cuban song “Echale salsita” that can be translated as “Put a little sauce”.

In the 1950s the Cuban Cheo Marquetti, who was returning from Mexico where he had tasted the sauces of this country, will found a group he will call “Conjunto los Salseros”. A few years later, in 1957, he traveled to Venezuela and a Caracas radio station began to talk about “Salsa” while referring to Cuban music.

However, it is only in the 1970s that the word “Salsa” will be used in New York to promote this new musical genre, product of the fusion of Latin rhythms with Anglo-Saxon styles. The man behind this trade name is Izzy Sanabria, an illustrator of record sleeves from Fania Records who for the first time uses the word Salsa in 1973 to designate Latin music.

But to say that Salsa was born in New York is not to please many Cuban musicians like Machito, famous composer of Mambo and Cha Cha Cha, who says that all he played between the 1930s and 1970s were Salsa.

In the 1940s and 1950s, many Cuban musicians will broadcast Mambo, Rumba and Cha Cha Cha in New York’s theaters, gradually incorporating elements of jazz with the introduction of instruments such as saxophone and the trumpets.
This new form of Latin music will quickly seduce the public in the United States and Europe, causing the musicians from Puerto Rico and the Dominican Republic to go in the same direction.

At that time, the big names in Afro-Cuban music are Benni Moré, Perez Prado, Machito, Tito Rodriguez or Tito Puente, a Puerto Rican born in New York, who also considers that Salsa is not a musical style in itself but the all of what he has played.

After the victory of Fidel Castro in 1959 in Cuba, many musicians decided to settle permanently in New York, developing a musical style that some consider a reaction to the Cuban Revolution.

In the 1960s, Latin music was mostly represented by American-born musicians like Ray Barretto and Eddie Palmieri, but they remained strongly influenced by Cuban rhythms such as Mambo, Cha Cha Cha and Pachanga.

Another American of Puerto Rican origin will be considered as one of the leading representatives of Salsa in New York. This is Willie Colón who was born in the Bronx and signs at 17 years a contract with Fania Records, a record company created in 1964 by the Dominican musician Johnny Pacheco who will play a big role in the dissemination of Salsa .

In 1967, Willie Colón recorded his first album “El Malo” and will compose a Latin music influenced by other styles like Soul Music, giving birth with other artists like Pete Rodríguez or Pete Terrace at Boogaloo, final stage before explosion of Salsa.

While New York has played a major role in broadcasting Salsa, Miami is certainly the second most important focus for the development of this genre.
Since the 1960s, Miami has seen many Cubans oppose the Castro regime, and Salsa will soon become a symbol of the struggle against the dictator.

These Cubans have settled in Miami in a neighborhood known as “La Pequeña Habana” crossed by Calle Ocho which has its own “Walk of Fame” (Hollywood Walk of Fame), with the stars representing the big Cuban artists exiled like Celia Cruz, Willy Chirino or Gloria Estefan.
Since 1978 the Calle 8 Festival, better known as the Carnival of Miami, is then punctuated by Salsa whose undisputed queen of the genre will be Celia Cruz.

In the 1970s, Salsa spread rapidly in Puerto Rico, Venezuela, Colombia, Mexico, the Dominican Republic, Panama, Ecuador and Peru. Big names such as Tito Puente or Celia Cruz will be responsible for spreading this musical style that Latin Americans seek to reclaim.

It is during this decade that many changes occur: the Puerto Rican Four (a kind of 5-string guitar) is used by Yomo Toro, Larry Harlow introduces the electronic piano while Cheo Feliciano, Soledad Bravo and Celia Cruz adapt songs Brazilian with Salsa. Brazil is not the only target of the Salseros as soon musicians like Fruko will add influences from Colombia.

The progression of Salsa continues throughout the world in the 1990s thanks to the talent of Latin artists like Luis Enrique, Jerry Rivera, Marc Anthony, India, Gilberto Santa Rosa, Víctor Manuelle and Michael Stuart. It will seduce even the African artists who will form the group Africando with renowned artists like Bambino Diabate, Ricardo Lemvo, Ismael Lo and Salif Keita.

Like almost all Latin dances, Salsa is mirrored, meaning that the movement of the feet is reversed for both partners.

For the next four times, the movement of the feet is reversed. Then we learn to do the step by making the same movements with a shift of the foot to the side, then the step of Rumba and not walked to bring more variety to the dance.

To better understand how Salsa dance, watch carefully the movements of the dancers in this video that will allow you to introduce you to this very rhythmic dance. 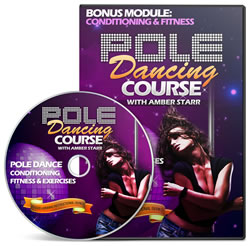